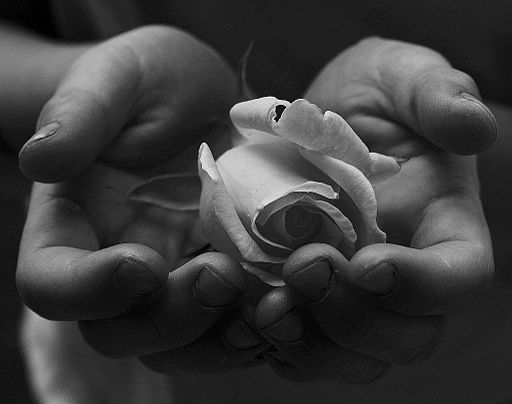 All the kids are picking flowers
but they wouldn’t dare plant them.
It’s too late in the day for beauty to grow from nothing.

There’s not nearly enough time
before the bullets will start to rain
like words of hate on a swing set
and the class will have to count
the holes in the wall during math.

When was the last time kids were this afraid?

They should be scared of failing Tuesday’s spelling quiz,
waking up 5 minutes late and having to run after the bus,
or running out of ink in their pens. They shouldn’t be scared

Look around a class of children.
They’ve all seen the news.
They’ve all heard their parents whispering
in the refrigerator light late at night.

Each student has thought
about what it would feel like
if one of these times, their quarterly active shooter drill
wasn’t just pretend
and they were huddled in the closet
in fear for real. Each teacher has wondered
at one point or another
if they might have to shed their skin
and become a shield to save a child’s life.

A child with skin and blood and eyes and tears.
A child who thinks about the stars
and likes banana popsicles even though no one else does.

A child with a good heart, dreams, and a future.

Austin Davis is a poet and student activist currently studying creative writing at Arizona State University. His writing has been published in dozens of literary journals and magazines, and has been featured in KJZZ’s “Word” podcast, The East Valley Tribune, and Voyage Phoenix Magazine. His first two books, Cloudy Days, Still Nights and Second Civil War were both published by Moran Press in 2018. His next collection of poetry, The World Isn’t the Size of Our Neighborhood Anymore, is forthcoming from Weasel Press in March 2020.